Join 'CBS Sunday Morning' correspondent & humorist Mo Rocca as he goes beyond his #1 hit podcast Mobituaries with an entertaining discussion on his book featuring new accounts of the lives of the famous and the obscure, "MOBITUARIES: Great Lives Worth Reliving". 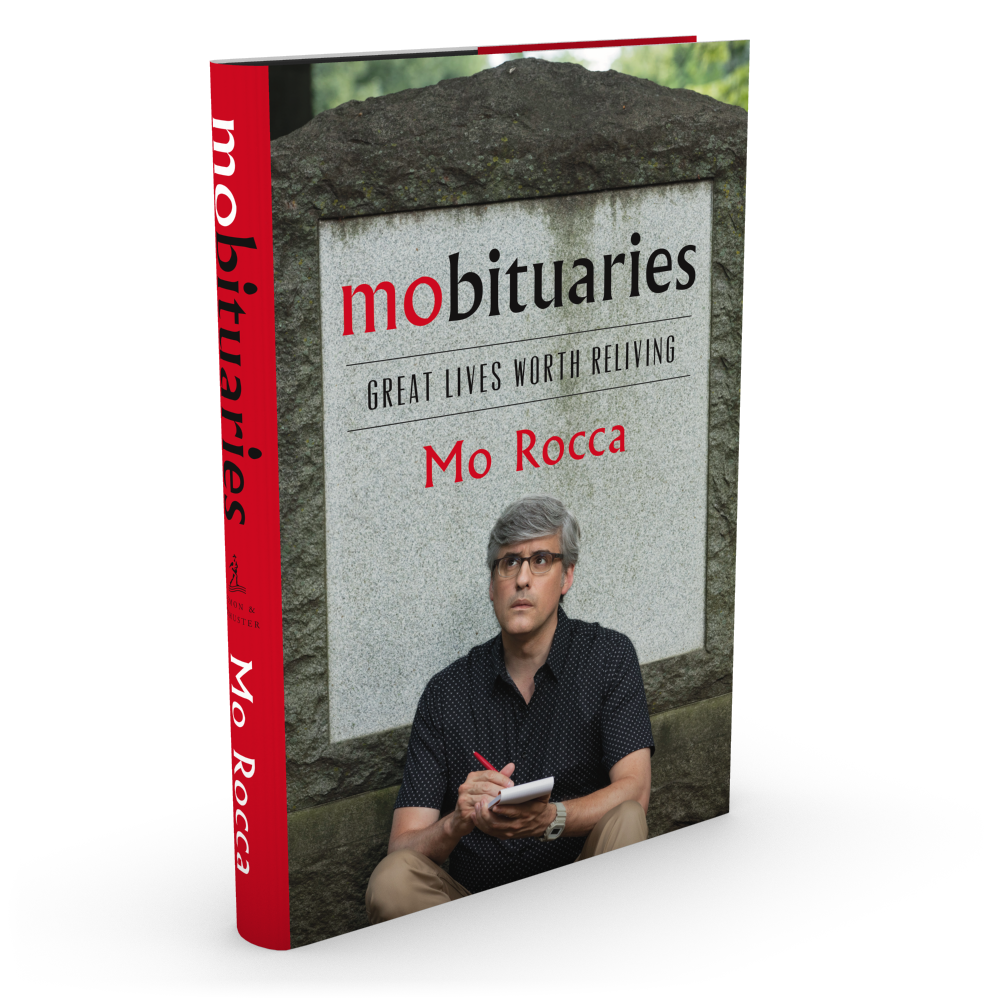 Mo Rocca has always loved obituaries—reading about the remarkable lives of global leaders, Hollywood heavyweights, and innovators who changed the world. But not every notable life has gotten the send-off it deserves. His quest to right that wrong inspired Mobituaries, his #1 hit podcast. Now with Mobituaries, the book, he has gone much further, with all-new essays on artists, entertainers, sports stars, political pioneers, founding fathers, and more. Even if you know the names, you’ve never understood why they matter . . . until now

Emmy winner Mo Rocca is a correspondent for CBS Sunday Morning and a frequent panelist on NPR’s hit weekly quiz show Wait, Wait…Don’t Tell Me! Mo spent four seasons as a correspondent on The Daily Show with Jon Stewart. He created and hosted Cooking Channel’s My Grandmother’s Ravioli, in which he learned to cook from grandparents across America.

Mo began his career in TV as a writer and producer for the Emmy and Peabody Award-winning PBS children’s series Wishbone. Currently, he hosts The Henry Ford’s Innovation Nation Saturday mornings on CBS.

On stage, Mo starred on Broadway in The 25th Annual Putnam County Spelling Bee and as Doody in the Southeast Asian tour of the musical Grease.

Mo is the author of All the Presidents’ Pets, a historical novel about White House pets and their role in presidential decision-making.

Josh Berk is the Executive Director of the Bethlehem Area Public Library (Bethlehem, PA). He is also an award-winning author of books for children and teens including the forthcoming Camp Murderface from HarperCollins. He has previously been a journalist, a poet, a playwright, a professor, and a guitarist (mostly in bands known for things other than fine guitar-playing).

This feature require that you enable JavaScript in your browser.
END_OF_DOCUMENT_TOKEN_TO_BE_REPLACED

This feature require that you enable JavaScript in your browser.
END_OF_DOCUMENT_TOKEN_TO_BE_REPLACED